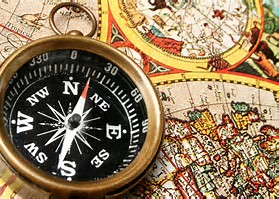 Over the past 10 years a well-diversified investment portfolio has seen substantial increases in allocations to what are referred to as “emerging” markets.  These allocations have mainly been to stock market (and some bond market) exposure in countries such as Brazil, Russia, India and China.

But over the past 5 years a new emerging market has been making headlines with investors:  “frontier” markets.  Could equity exposure in small countries such as Nigeria, Vietnam or Sri Lanka propel your investment returns?  Are they the next big thing?

With the aforementioned “emerging” markets beginning to slow down in terms of economic growth and becoming more mature, frontier markets are acting in quite the opposite manner.  These countries are sporting rising gross domestic products, have abundant natural resources, rising consumer wealth and little country debt – contrary and quite the opposite to many developed nations.

According to the International Monetary Fund, frontier market countries have roughly 900 million people and make up roughly 12% of the global population, the majority of which is young.  This creates enormous potential as this wave of population begins to enter their most productive years without the burden of a large elderly population to support.

From an investment perspective, frontier markets generally consist of companies and investments in nations that are economically much less developed than even emerging market countries.  In fact, many frontier market countries don’t even have their own stock exchange.  The term “frontier” is commonly used to describe the equity markets of the smaller and less accessible, but still investable countries of the developing world.

On the investment valuation side, frontier markets typically trade at cheaper equity valuations than their more developed peers and have higher dividend yields.  Through their growing populations and public policy support, stronger GDP growth should be inevitable for frontier markets.  The ultimate path for a frontier market is to grow into an emerging market.

Where can we find frontier markets?  Frontier markets are generally concentrated in Eastern Europe, Africa, the Middle East, South America and Asia. The biggest frontier markets are Kuwait, Qatar, the United Arab Emirates (or UAE), Nigeria, Argentina and Kazakhstan.  Other countries like Croatia, Tunisia, Pakistan, and Kenya also fall into this category

One of the biggest frontier market regions is Africa, which has become a favorite with many portfolio managers.  In fact, from 2001 to 2010, 6 of the 10 fastest-growing economies in the world were in Africa.  Within Africa, Citibank has predicted that Nigeria would be the fastest-growing country, with the sixth-largest world economy by 2050.  Nigeria’s GDP was ranked 45th globally in 2011, according to mutual fund investment firm Vanguard.

Bangladesh and Vietnam are also countries with strong frontier market potential.  These two countries are profiting from the outsourcing of manufacturing labor as wages rise in China.  Citibank has estimated that Vietnam’s GDP will reach $5 trillion by 2050.

The Middle East, though more volatile, has its share of high-growth economies in Pakistan and Iraq, but investors must bring a strong stomach.  Citibank forecasts that Iraq’s GDP, with its abundant oil and gas resources, will grow to $2.2 trillion by 2050.

Of course, investment in these smaller and such rapidly growing countries are not without substantial volatility and risk.   For example, the MSCI Frontier Markets Index lost about two-thirds of its value during the global collapse of 2008 and 2009.  Liquidity risk is very high in these countries as these nations comprise a very small part of the world economy at roughly 2% of global market capitalization.  Concentration risk is also high with fewer industries and even fewer stock holdings.

Geo-political risk and instability can also be very high.  Other risks include market, sovereign, currency and inflation risks as well as the risk of nationalization of private companies.  Companies in frontier markets may also be subject to inadequate regulation and substandard financial reporting.  Given the very high risk/reward ratios of frontier markets, investments here should be capped at no more than 2.5% to a 5% of a portfolio, even for the most risk-averse averse investor.

Both these ETFs have invested heavily in financial services and energy stocks of frontier markets. While Blackrock’s product is heavily invested in Middle-Eastern stocks (50% allocation) of companies based in Kuwait and Qatar, Guggenheim’s ETF leans more towards Latin America (77% allocation), with its investments in Chile aggregating up to 40.5%.  Blackrock’s ETF is up to 50% in frontier economies, while Guggenheim’s has a whopping 98.67% frontier market exposure.