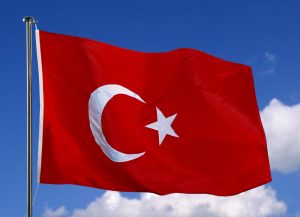 What is going on with the economy in Turkey?  After being one of the world’s economic darlings coming out of the Great Recession, Turkey has fallen on hard times.  Sky-high inflation, almost 20% interest rates and a stock market that has absolutely floundered this year are propelling investors to leave the country in droves.  Many economists blame President Recep Tayip Erdogan’s desire for authoritarian-type rule and his unusual economic policy on interest rates as reasons for the current state of difficulty in the country.

Just last year in Turkey, economic performance was very strong.  The country’s GDP grew briskly at 7.4%, leading all G-20 nations (growing over 11% in the 4th quarter alone).  The stock market rallied 48% as the Turkish government implemented tax cuts and a loan guarantee program that encouraged banks to lend to small companies.  However, many analysts concluded that this high rate of GDP growth was aided in part by ‘temporary’ government stimulus and incentives.  As such, analysts now feel that this growth is not sustainable and that in fact, economic fundamentals in the country could be vulnerable.

Inflation in Turkey hit 15.4% back in June, reaching a 14-year high.  Turkey imports hundreds of billions of dollars of goods each year, like cars, clothing and fridges.  These items are getting more and more expensive by the day, with experts concerned that this surging inflation will keep the hands of Turkish consumers tied and put a drag on economic growth.

To induce investors back into the country, Turkish interest rates were hiked earlier this year a total of 3 times and now stand at 17.75%.  This bump in short-term rates has greatly reduced the scope of borrowing cheap loans for infrastructure development, as Turkey relies heavily on short-term portfolio flows for a large percentage of its financing needs.  These significantly high interest rates could further derail consumer and business spending and hinder economic growth.

Debt in Turkey is at unprecedented levels.  Corporate debt has reached 70% of the economy and foreign currencies control about half of that ($337 billion), leaving investors concerned that the private sector will be in a difficult position to pay off the foreign debts it has accumulated.

All these economic concerns have foreign investors rattled.  The Turkish lira has declined 22% this year to hit an all-time low against the U.S. dollar.  Currently, the lira is trading at 4.91 lira per U.S. dollar.  Foreign investors hold about 64% of the stocks listed on the Turkish exchange and selling in Turkish stocks has been on the rise this year.  Investors have been taking money out the country at an unprecedented rate:  With the majority of global stock market indexes flirting with all-time highs, the Turkish stock market, as measured by the iShares MSCI Turkey ETF (TUR) has lost 43% of its value since the beginning of January.  In comparison, during the later days of the Great Recession, the Turkey ETF was one of the best global performers, rising over 100% alone during 2009.

Seemingly at the center of Turkey’s economic woes is President Recep Tayip Erdogan.  Last year, a constitutional referendum in Turkey transformed the country’s parliamentary democracy into a powerful executive presidency, with the next president to have even more in the way of sweeping new control.  Erdogan held a ‘snap’ parliamentary and presidential election more than a year early, with the new president being able to use these powers sooner than expected.  Erdogan appears to be increasing his desire for executive authority.

Not surprisingly, after counting the votes in the June 24 ‘snap’ election, Erdogan was declared victorious with a majority of 52.5% of country’s vote.  It is being perceived that Erdogan’s victory has challenged the democratic credentials of Turkey and fears of a complete authoritarian takeover over the country’s economy could be on the horizon.

One of the chief concerns of the new governmental system in Turkey is Erdogan’s influence on interest rates.  Erdogan has already stated that he has wanted to take ‘more responsibility’ in the country’s monetary policy, and now with Erdogan gaining unlimited power, it is thought that he is already influencing Turkey’s Central Bank.

What is difficult to understand is Erdogan’s desire for lowering interest rates when the country’s currency is on the slide.  In a country plagued with double-digit inflation and an increasing current account deficit, the thought of decreasing interest rates is deemed by many to be a sure-fail economic policy.  The most effective approach to combating a declining currency and runaway inflation is for a country’s central bank to raise interest rates, which in turn attract foreign capital and can prop up the currency.  Erdogan appears to be opting for a monetary policy that prioritizes growth rather than controlling double-digit inflation.

For investors with a very high tolerance for risk, how does one get exposure to Turkey?  IShares offers an exchange traded fund (ETF), the MSCI Turkey ETF (ticker: TUR), that has a broad range of Turkish stocks and tracks the MSCI Turkey Investable Market Index.  The fund has 62 holdings in its basket with an average daily volume of 650,000 shares.  As for individual stocks, none holds more than 7.5%.  Breaking down the fund’s composition, it has 28.7% weight in financials, industrials are next with 17.9% and basic materials at 17.8%.  So far in 2018, the fund has lost over 30%, effectively tracking the Turkish stock market.  It does boast a relatively low management expense fee of 0.62%, which is on the lower end for a country-specific ETF.