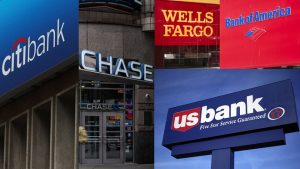 2020 is almost behind us!  What a year it’s been in the equity markets.  After the tumultuous stock market drop we saw back in the first quarter, it’s surprised many market participants on how quickly and substantially stocks have catapulted back.  Many individual names in the technology sector (Zoom, Trade Desk, Tesla, to name a few) have risen several hundred percent.  At time of writing, US market indices such as the Dow Jones and S&P 500 are up over 60% and the technology laden Nasdaq up over 80% since hitting their lows back in March.

From an economic perspective, what can we expect in 2021?  I think it’s safe to say that the disastrous 1st and 2nd quarter GDP figures we saw earlier in the year due to economy-wide shut downs from Covid-19 are firmly behind us and that the economy is set to get back into expansion mode in 2021.  A lot of this of course will be due to the effectiveness of the Pfizer and Moderna vaccines in fighting Covid and people continuing to practice social distancing and mask-wearing to keep the virus at bay.

Along with rebounding economic activity, there are two other financial conditions prevalent right now that, in theory, could result in higher interest rates by the end of the year.  The first is the recently announced economic stimulus package where $900 billion dollars is expected to enter the economy through direct $600/month payments to households.  The other action is the sustained Federal Reserve asset purchase program (‘quantitative easing’) to continue injecting liquidity into the banking system.  Interest rates, when viewed through long-dated Treasury bond yields, have already began moving higher.  It is these three actions that has many analysts concerned with a potential bump in inflation and slightly higher interest rates by the end of 2021.

Therefore, what is a good stock market sector to take advantage of an interest rate increases in 2021?  Banks.  All-in-all, rising interest rates are typically good for bank profits, and correspondingly their share prices, for three reasons.

First, banks are in business to make money on the funds that depositors have invested with them, plain and simple.  A bank takes in short-term deposits from customers in the form of checking accounts, savings accounts, certificates of deposit and other products. The institution then lends out these funds to long-term customers for mortgages, business loans, construction loans, etc.  This is often referred to as the bank’s ‘interest rate spread’.

When interest rates rise, a bank’s interest rate spread can increase dramatically.  Typically banks will lift their rate significantly more on what they charge in long-term loans than what they pay in short-term deposits.  This allows the bank to earn more interest on their assets (loans) vs their liabilities (deposits).  Higher interest results in more income, increasing bank earnings and profits, which in turn should boost their share prices.

Second, as mentioned above, when interest rates are rising, the economy is usually strengthening.  For banks, this means that borrowers like homeowners and businesses have less difficulty making their payments, so a bank will have less in the way of what are called ‘non-performing’ assets.  In polite terms, non-performing assets is a nice way of saying ‘loans that aren’t being repaid in a timely manner’, whether by individuals or businesses.  Less in non-performing assets means loans are being paid on time, stabilizing bank incomes.  This is part of the reason why bank share were hit so dramatically during the Great Recession when individuals with interest-only mortgages saw their monthly payments adjust and then skyrocket and were unable to pay their scheduled mortgage payments.

Third, a strong economy means more in the way of new loans for banks.  Analysts are expecting unemployment rates to start declining in the New Year after a vaccine is distributed, and, hopefully, we begin seeing declining new cases of Covid-19.  Even a slight drop in unemployment figures can add substantially to GDP.  People having more money will increase demand for new loans, adding additionally to bank bottom-lines.

Wall Street is taking notice.  Bank analyst Betsy Graseck at investment bank Morgan Stanley recently upgraded seven mainly mid-size US banks in light of the favorable 2021 environment for banks mentioned above.  Common names such as Capital One Financial, U.S. Bancorp and Bank of New York Mellon were given price targets in the area of 20% higher than where they currently stand.  Even the much-maligned Wells Fargo, after their recent disaster of opening unwanted checking and savings accounts for clients, was given a price target of $99 and an ‘over-weight’ rating from Graseck.

Unless you have a lot of time to analyze financial statements, picking individual stocks is not the way for most investors to get exposure to the common shares of banks.  What I would recommend is a diversified, low-cost exchange traded fund (ETF) that has its focus in banks.  For example, the Invesco KBW Bank ETF (ticker: KBWB) is a very concentrated portfolio of only 24 US banks.  The ‘Big Four’ banks, Bank of America, Citigroup, Well Fargo and JP Morgan Chase make up roughly 30% of the portfolio’s weight. This fund sports a relatively low management fee at only 0.35% and over the past 10 years has ranked below the 50th percentile of its peer group only once.

In terms of volatility and risk over the past 3 and 5-year periods, KBWB has an r-squared roughly 10% lower than its comparable index (S&P 500 Financials).  This statistic indicates that the fund’s managers are attempting to earn incremental return through its stock-picking process.  However, do be prepared for some volatility, as the fund’s standard deviation is roughly in the area of 7% higher than its respective index over these same 3 and 5 year periods.