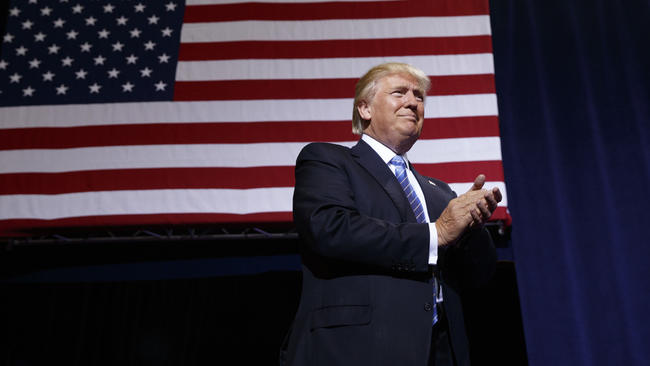 After a long and drawn-out presidential election, US and global stock markets face the realities of Donald J. Trump as the leader of the free world.  Closely tuned in myself on the evening of November 8th, it was astonishing to see such dramatic swings in financial markets in just a matter of minutes.  After it appeared that Mr. Trump and his “Make America Great Again” slogan were on the way to victory, financial markets grew increasingly skiddish with the Dow Jones Industrial Average futures declining some 800 points mid-way through the evening.

After the dust had settled, the following day we saw equity markets rally sharply.  Incredible volatility to say the least.  Now that Donald Trump takes charge of the world’s largest economy, how might his economic and political agenda’s affect equity markets in the US and abroad?  Below I’ve outlined 3 sectors that have struggled mightily over the past couple of years but have already seen big ramp-ups in share prices since the historic November 8th election…….and could have more room to run over the next 4 years.

Number one on the list of stock market sectors that should do well under a Trump Presidency are the banks and financial firms.  Donald Trump has made it clear that the Republicans will repeal regulations under the Dodd-Frank Act, which will give financial firms a shot in the arm to increase their profits through trading and lending (namely by keeping lower levels of cash reserves on hand that can be lent to consumers).  Furthermore, with the Federal Reserve just raising interest rates for the second time this year and many analysts indicating that 3 more hikes are on tap for 2017, banks should benefit.  Higher rates of interest are great for bank profits as they let banks lend at higher rates for the longer-term (ex. mortgages) while paying lower rates on shorter-term deposits.  Bank of America (BAC) and Comerica Bank (COM) are two names here to keep an eye on.

Next, companies in the energy sector could also turn out to be big winners under a Trump administration.  Trump’s talk of bringing back thousands of jobs in the coal mines could benefit share prices of coal producers if this all-but-forgotten industry does receive support.  However, many industry experts feel that coal-fired electrical plants are a thing of the past, especially with much cheaper natural gas more than plentiful.  Trump has discussed expanding U.S. energy production and has hinted at steering the US out of a global climate-change agreement that was recently negotiated in Paris. These would all be positive developments for the fossil-fuel industry.  Companies such as Joy Global (JOY) which has already tripled in price over the past 2 years and Arch Coal (ARCH) are a couple of coal names that could see further share price increases.

Finally, with Trump’s talk of spending in the area of $500 billion on infrastructure (roads, bridges, etc.), firms in the equipment and engineering sector could see benefits.  Early indications are that Congress may not approve nearly that much, but even a smaller infusion could help companies such as Caterpillar (CAT) which makes backhoes and other construction equipment.  In fact, shares of Caterpillar surged 8.1% in trading on November 9.  Chicago Bridge and Iron (CBI) is another favorite in the engineering sector.  This firm, an engineering, procurement, and construction specialist for large energy projects such as power plants and LNG facilities, has had decreasing sales over the past several quarters but may finally start to see things turn around under a Trump presidency if an increase in contracts comes their way.